What better way to celebrate the exciting news of welcoming a baby boy or girl than to hold a gender reveal party. Considered a common celebration in western countries, a gender reveal party is held for the expecting parents, as well as their families and friends to find out the gender of the new baby. Before the party, the couple would inform their gynaecologist about the event so that the gynaecologist would not tell them about their baby’s gender, in which would only to be revealed to them on the day of the event itself. 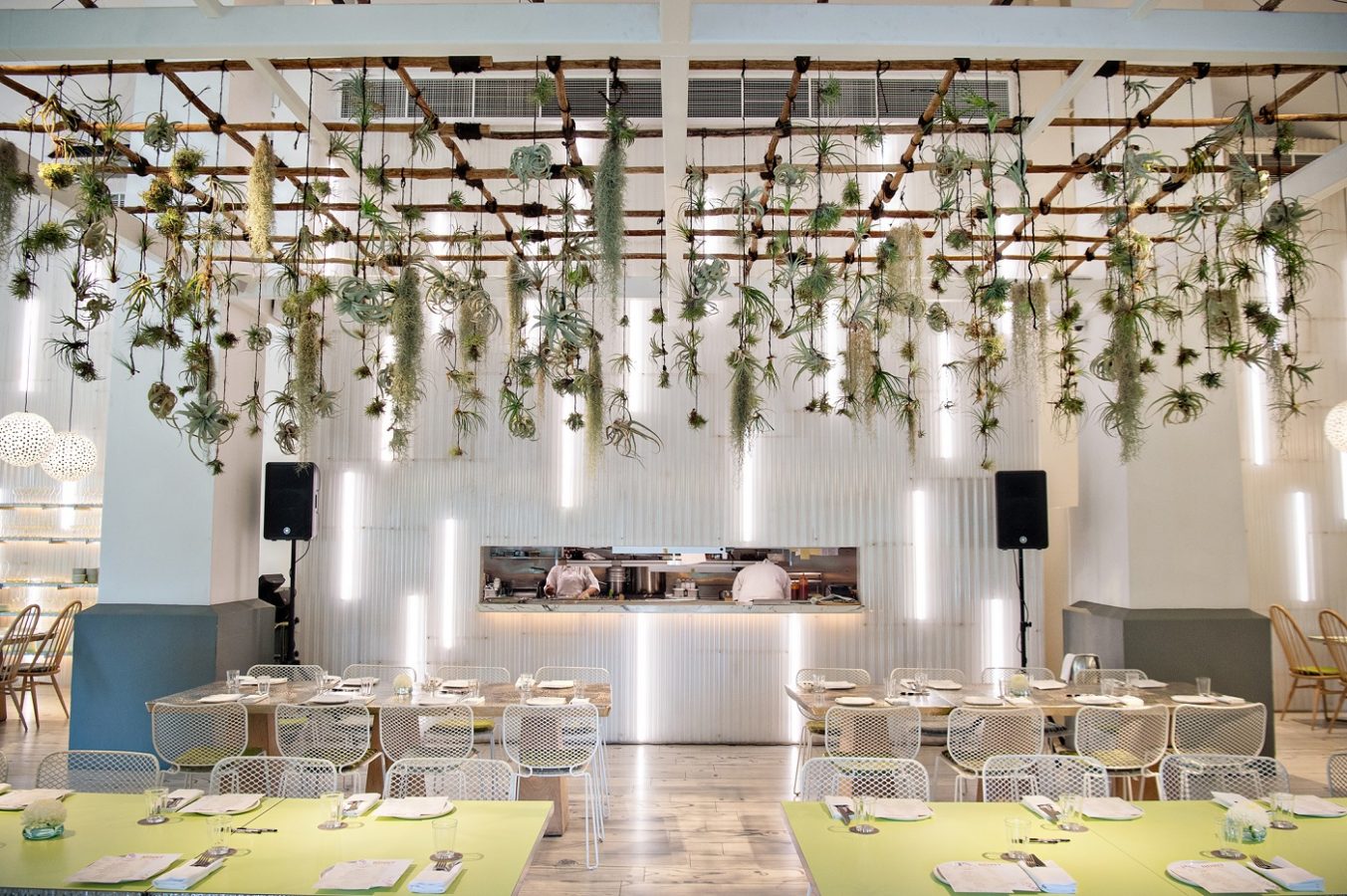 Gender reveal parties could also be seen as an analogue of baby showers. A celebration like this is slowly creeping into the trends of social media, where methods to reveal the baby’s gender may come in many shapes and sizes – from throwing a pokemon ball and watching it explode into the colours of the particular gender, to even smashing a pinata that reveals pink or blue confetti when it breaks apart – anything is possible! 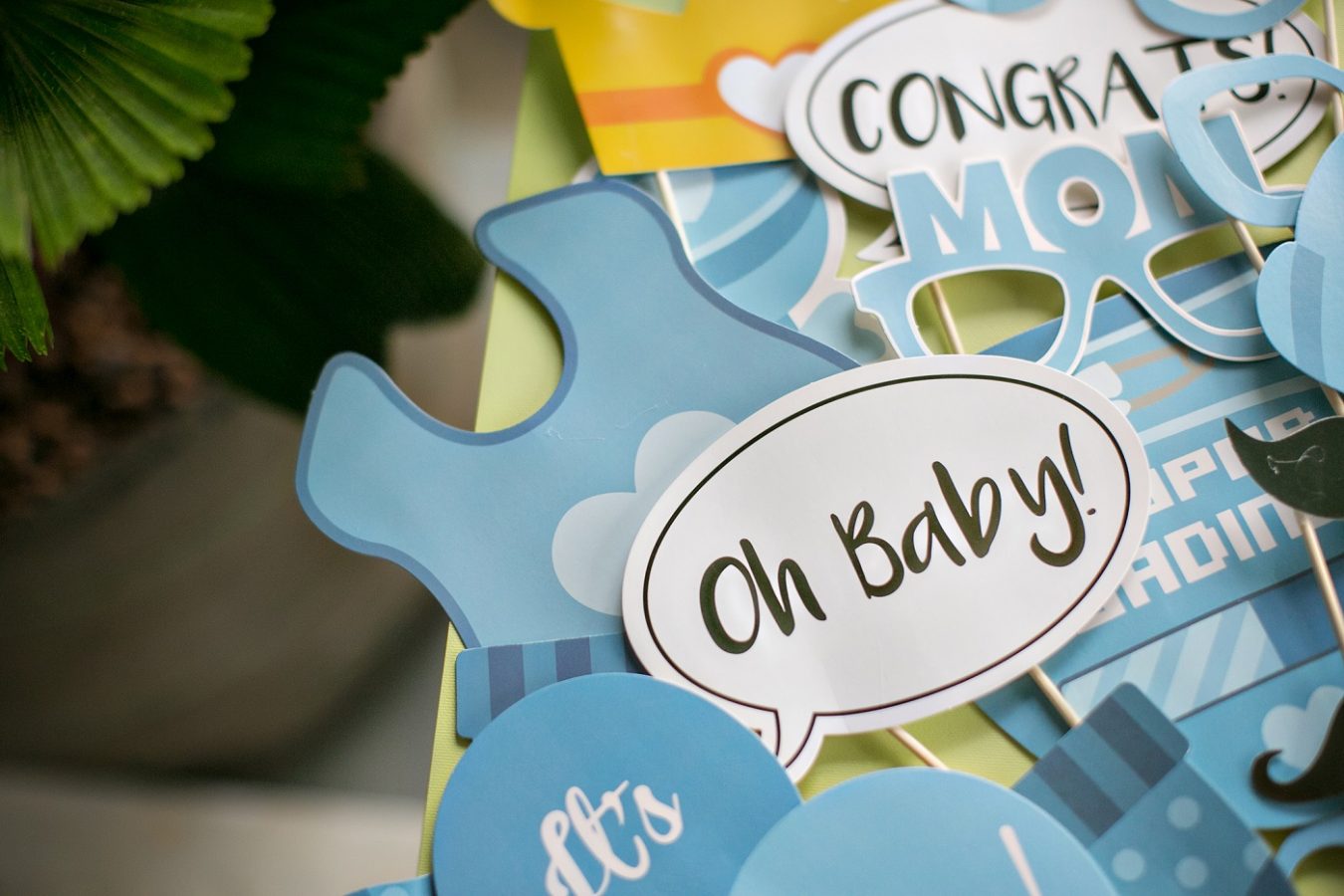 A type of celebration like this may not be a common sight in Asian cultures, but however, Andy and Wan Ting made the choice to do something out of the ordinary, in order to make the coming of their firstborn a special and memorable one.

On September 16, Andy and Wan Ting gathered their friends and family to share the joy on the coming of their first child, as well as the celebration of Andy’s 38th birthday. 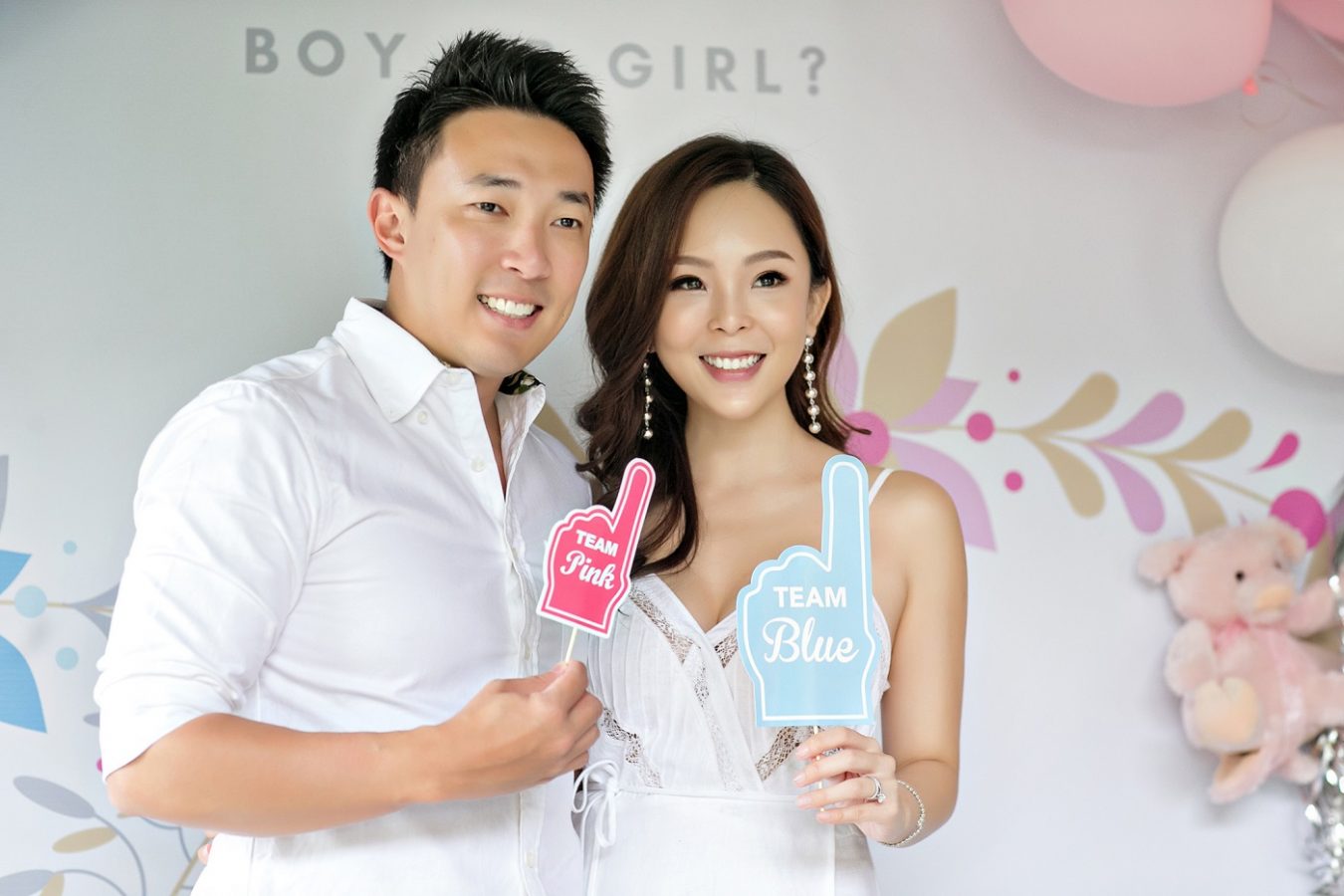 Held on the contemporary grounds of COMO cuisine at Dempsey Road, we were blessed with the perfect weather to hold a celebration like this. One by one, everything was put into place – the photobooth decorated with pink and blue balloons together with two adorable soft toys, menus placed on tables, sound system set up and lastly, the kitchen all ready and prepared – everything was good to go. 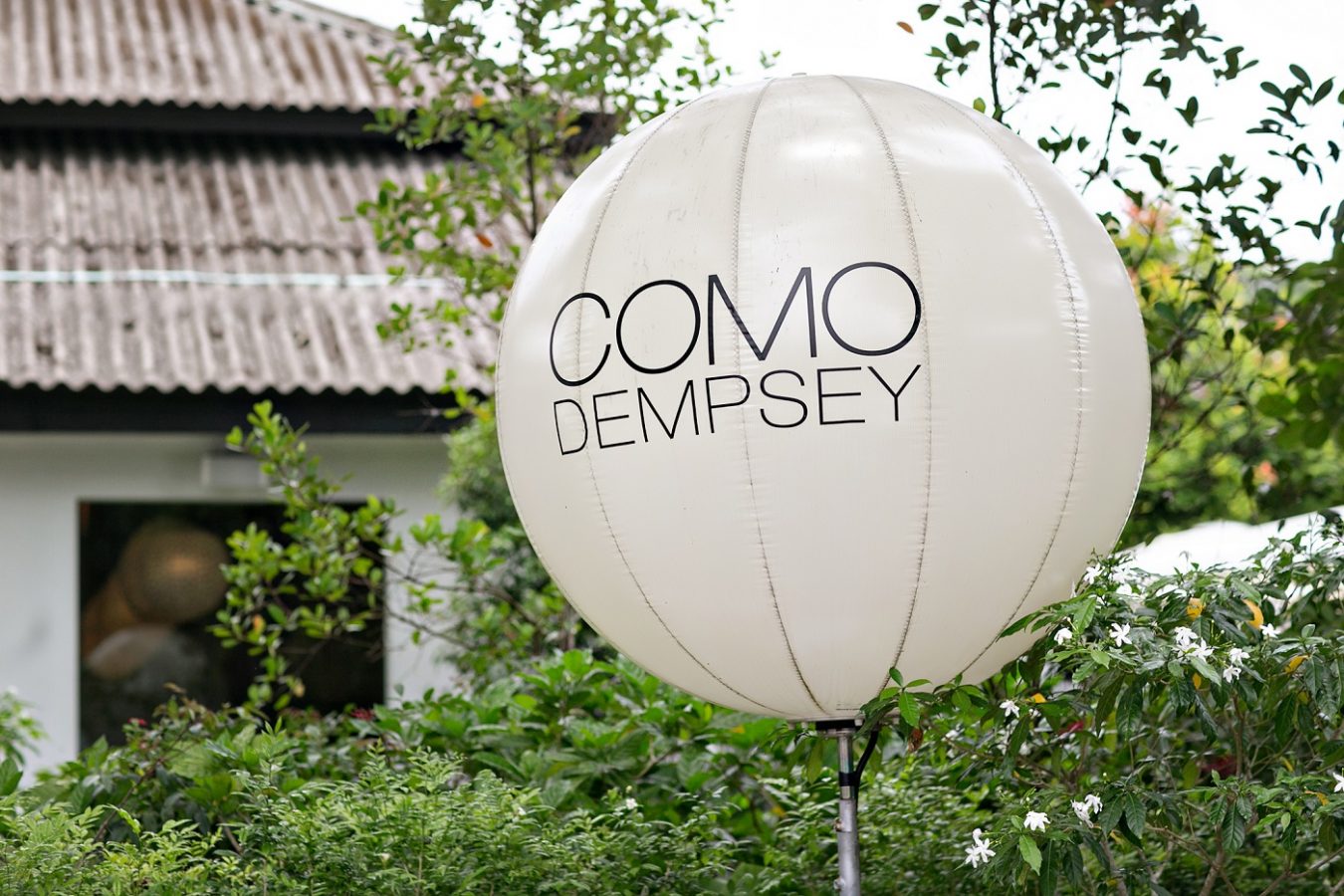 Guests arrived dressed in either blue or pink – according to their own predictions of the baby’s gender. It was a warm sight to see, as with couples and families dressing up to the occasion, we could see that they were all genuinely happy and excited for Andy and Wan Ting’s upcoming firstborn child.

Upon arrival, they were greeted by a lucky draw with rules which were “out of the ordinary” – With betting slips priced at $20 each, guests were able to purchase as many betting slips as they wished to. After writing their names on the slips, they had the choice of dropping the slips into either of the 2 boxes which represented both genders. 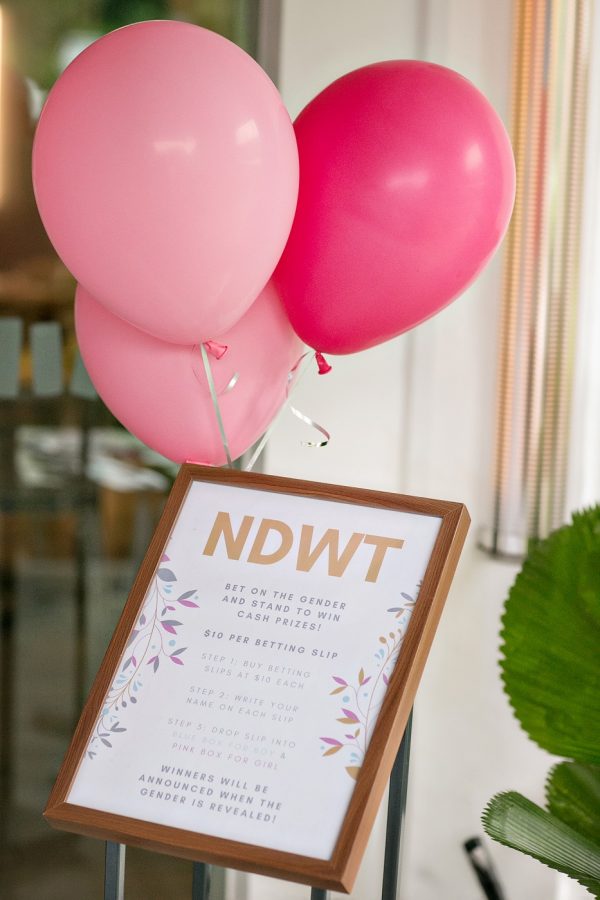 In order to heighten the suspense and excitement of the game, Andy and Wan Ting decided to present the accumulated amount to 5 lucky winners, who were lucky enough to guess the right gender of the baby.

Memories were made through photos adorned with wide smiles captured at the entrance of the restaurant, accompanied by well wishes for the incoming baby and the couple, warming the heart of those present. 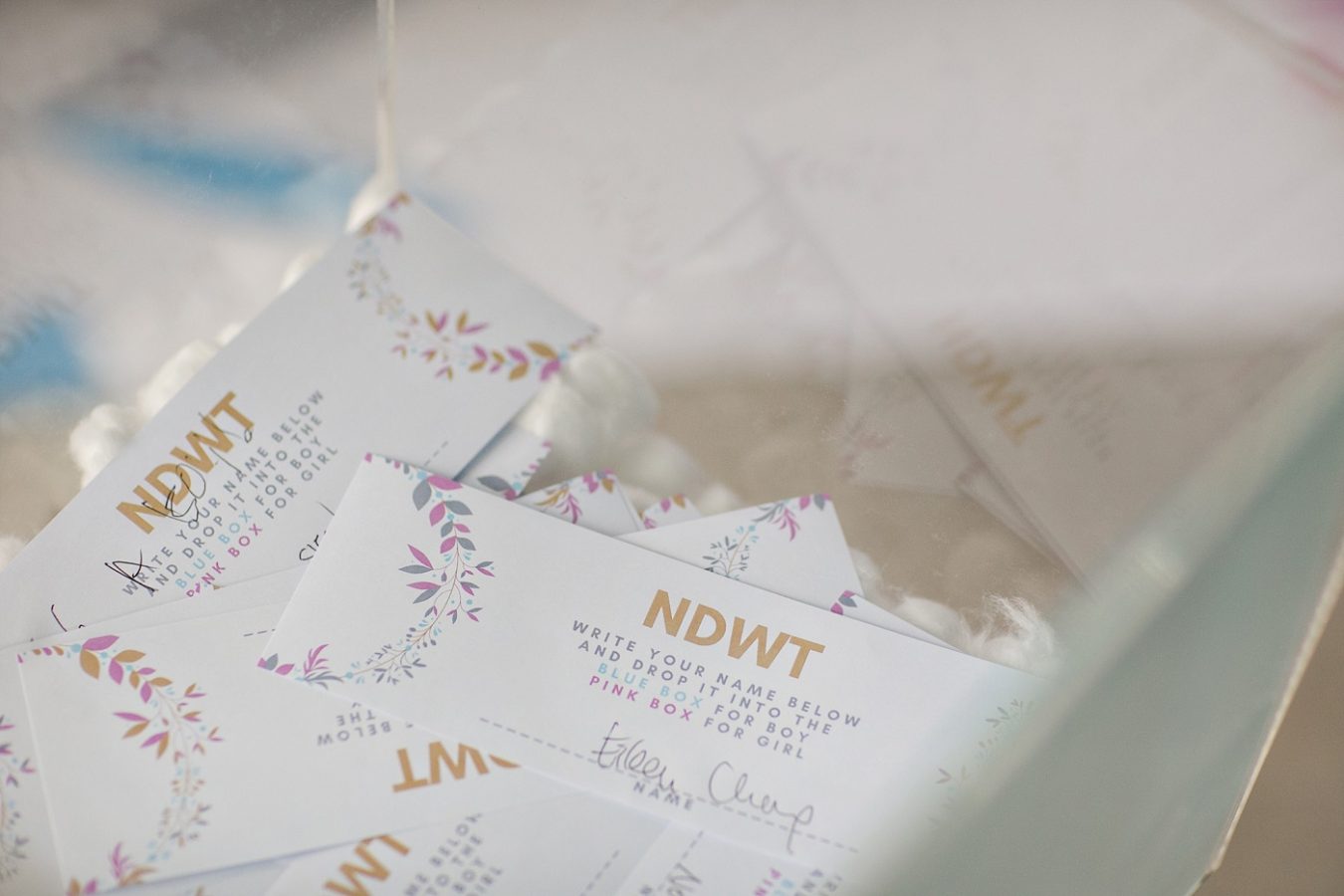 Guests were served with a wide array of canapes specially chosen by the couple which include dishes such as Chilli Crab Corn Fritters, Spicy Mayonnaise Karaage Chicken as well as Lamb Cigar Sumac Yogurt.

Following was the long-awaited and much-anticipated segment of the event, the reveal of the baby’s gender as well as the celebration of Andy’s birthday. Everyone gathered around the couple, where they gave a speech to thank their guests for celebrating this momentous day with them. 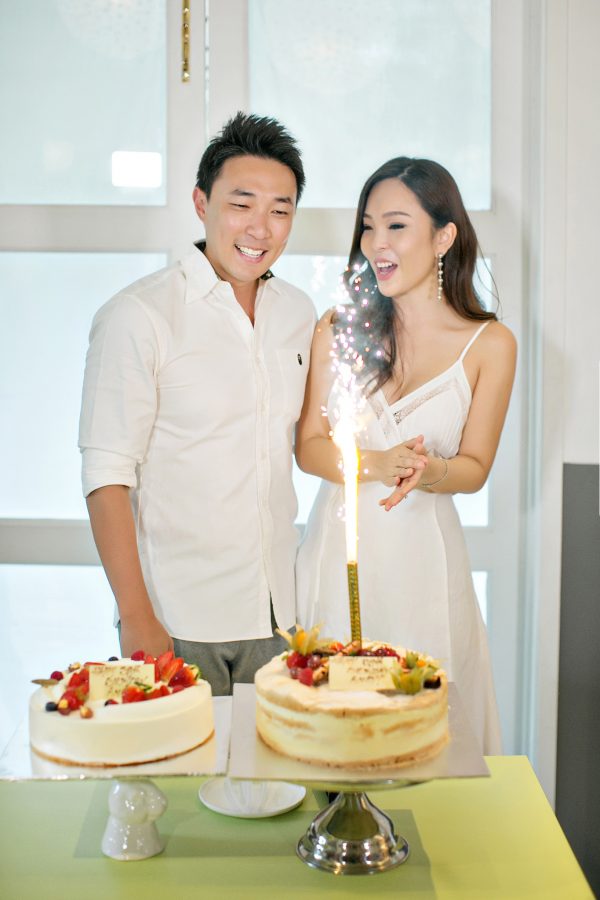 Towards the end of the birthday song, anticipation rose as the confetti balloon which revealed the gender of the baby was placed next to the couple. With a pin held on hand, everyone held their breath as Andy popped the balloon, revealing blue confetti and blue helium balloons. Happiness and joy filled the room as the answer was revealed: “It’s a boy!” 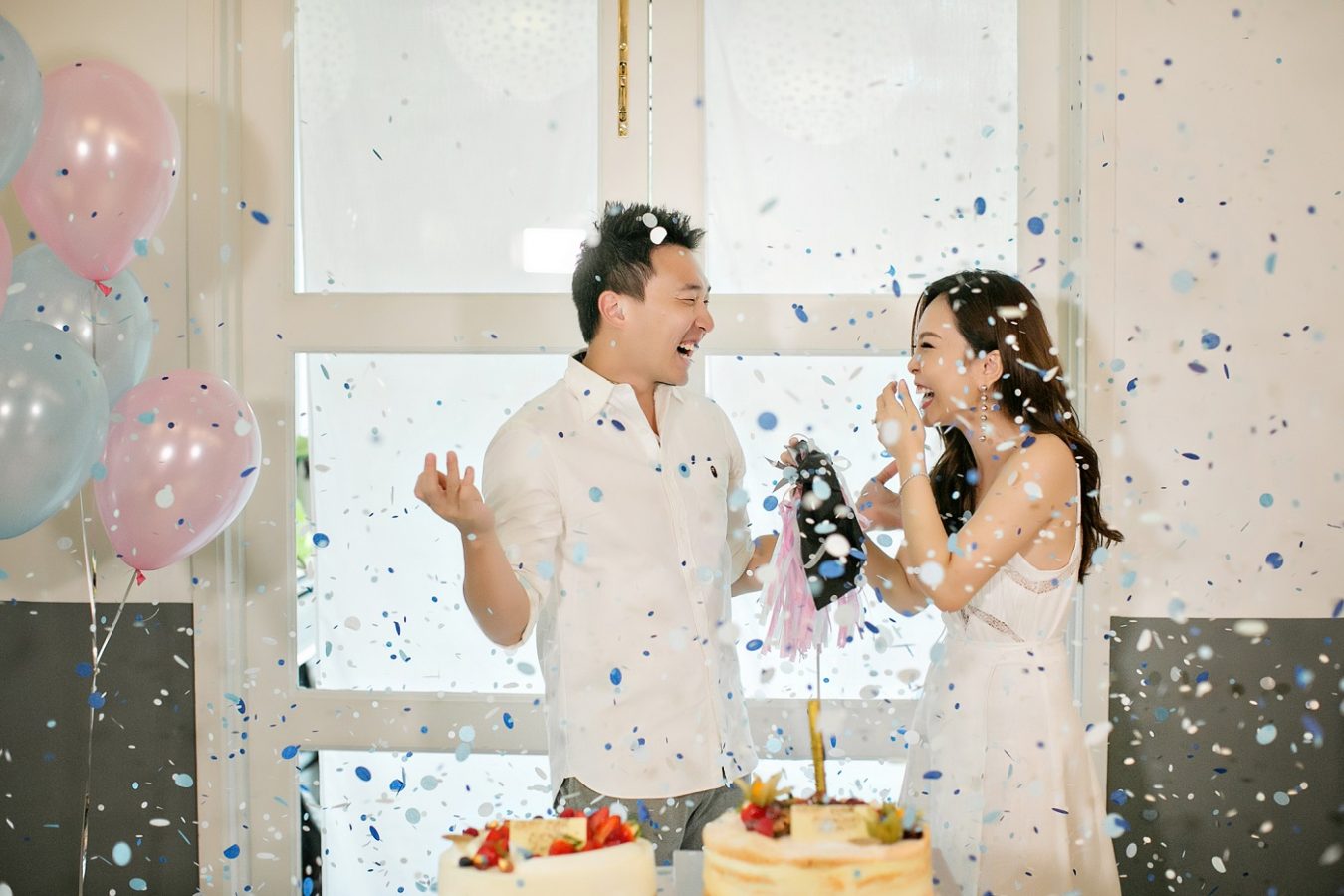 Andy and Wan Ting then drew names from the box with names of guests who made the right guess of the baby’s gender, where 5 winners walked away with a prize contributed by everyone who attended the party (saved them the time to think of a lucky draw prize, phew!)

Guests were also given the chance to convey their blessings to the couple through pen and paper with an exciting activity of “Baby Mad Libs”, where prizes were presented to those who gave the most comical answers. One of the winners was a young girl, in which one of the things she wrote was: “I’ve known NDWT for 5-6 years (more than half of my life!)” 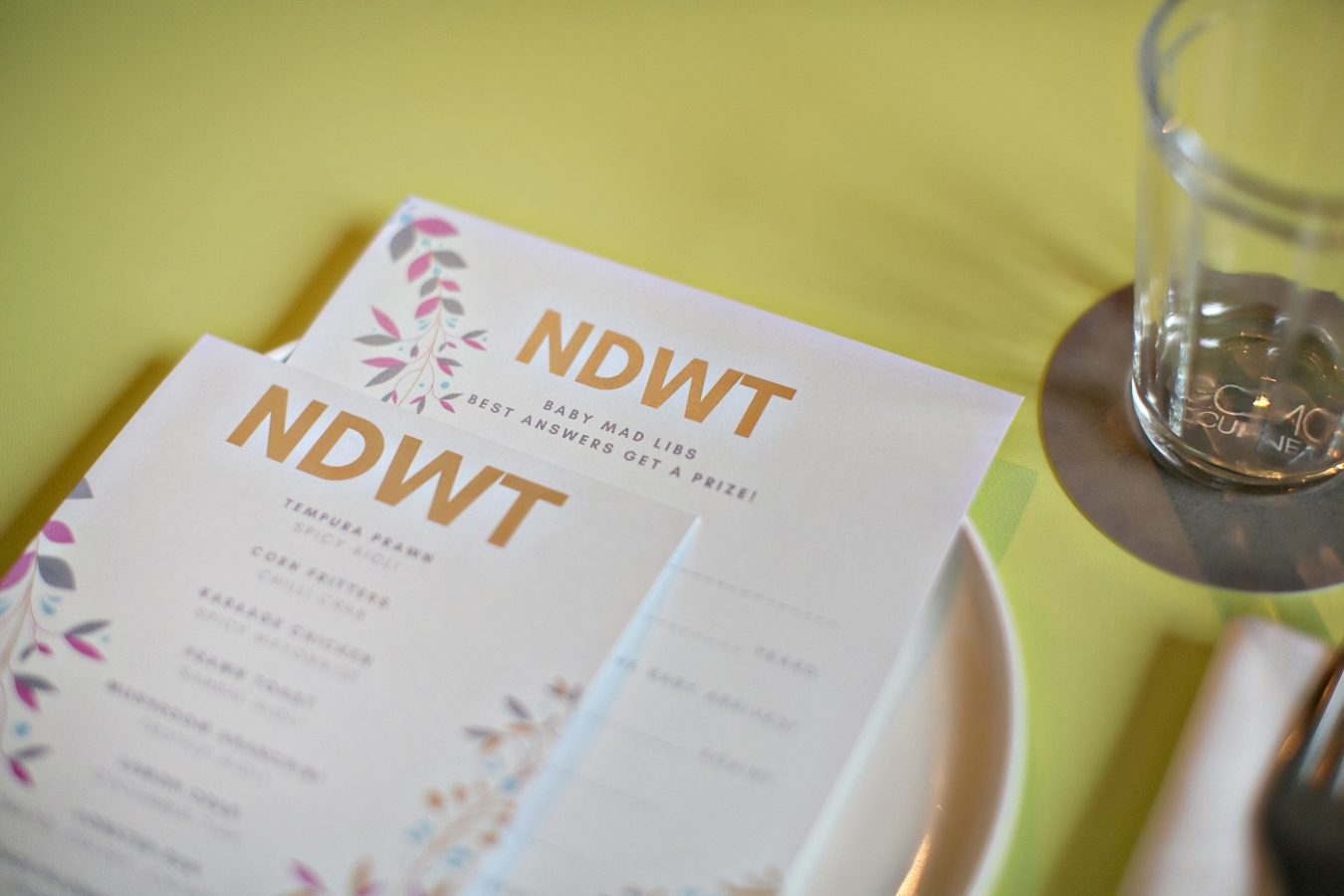 As the party came to an end, guests left with their faces beaming with smiles. It was a memorable day not only for guests but most importantly for the couple to remember.

We wish the best for both Andy and Wan Ting, as well as their soon-to-be-born baby boy!

Planning your event and keen to find out about our services? Fill out the form below and we’ll be in touch!