Traditional Chinese customs have been practiced during Chinese weddings for decades, being passed down from generations to generations with the belief of blessing couples with an everlasting love and an abundance of children. If you are like most modern couples who desire to get hitched the traditional way but have no clue on what the traditional customs are as well as their respective meanings and significances, read on to find out more! 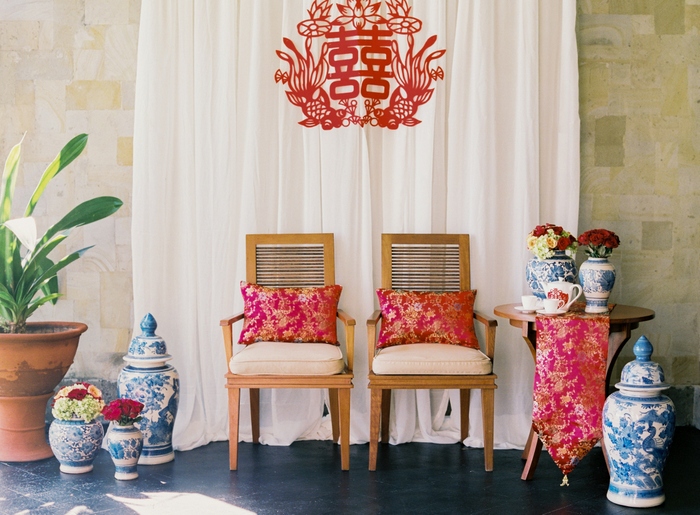 The Chinese betrothal ceremony, also known as Guo Da Li, is an important formal meeting between families of both the bride and groom. During the ceremony, the groom performs formalities to demonstrate his sincerity in marrying the bride into his family, acting as a form of assurance to the bride’s parents’ that their daughter would be well taken care of. It also serves as an appreciation and acknowledgment towards the efforts of the bride’s parents’ in raising their daughter.

Guo Da Li is usually conducted on an auspicious date, approximately 2-4 weeks before the day of the actual wedding. The ceremony begins with the groom and a matchmaker presenting the bride’s family with items symbolising both prosperity and fertility – for modern convenience, however, an elder female relative will take the place of the “matchmaker”. These items usually come in pairs to represent good fortune, varying based on the dialect group of the bride’s family.

After the acceptance of gifts from the groom’s family, the bride’s family will return half of the gifts back to them in even numbers. This serves as a gesture of goodwill, along with a way to reciprocate the generosity of the groom’s family. 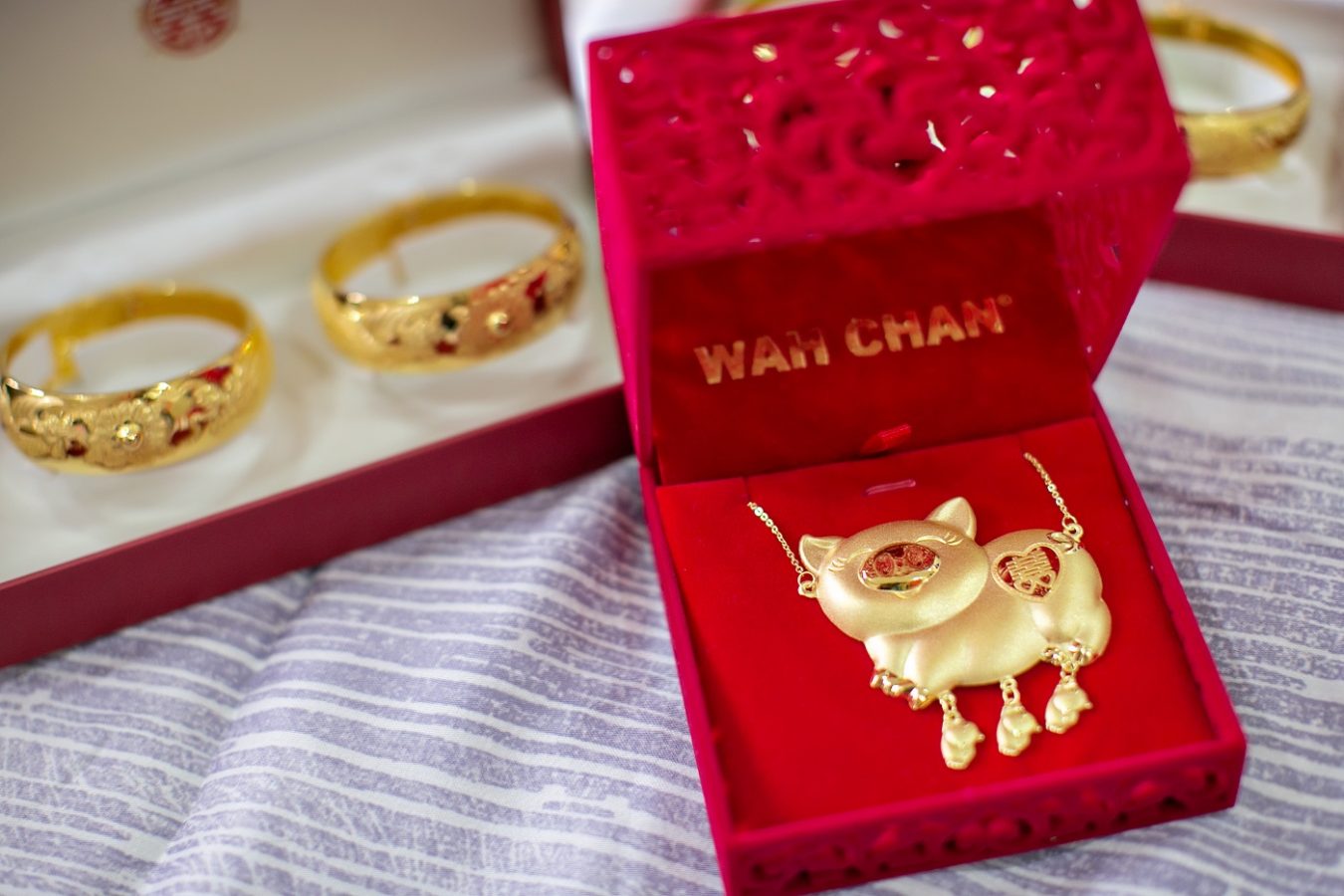 Gifts from the Bride’s family to the groom’s family, known as the Bride’s Dowry, serves as a symbol of wealth and prosperity of the bride’s family. It represents their love for the bride, encasing within the blessings to the couple for an everlasting marriage. It is, however, important to note that items in the dowry should not be borrowed as it is deemed as inauspicious and that they should not be touched by pregnant women or children to avoid the clashing of fortunes.

Items included in the dowry varies, with common ones including:

The tradition of bed-setting includes setting the matrimonial bed in a specific manner, as it is believed that doing so would bring along good luck and positive energy for the couple to start their family. Under different traditions, the bed will be set by different people. For instance, under Cantonese/Hakka traditions, the bed will be set by an “auspicious person (好命人)”, while in the context of Teochew/Hokkien weddings, the bed would be set by the groom’s mother, father or grandfather.

The process of Bed-setting begins with changing bed linens to one with an auspicious colour, followed by placing items such as red packets and oranges on the bed. Fast forward to the actual wedding day, a child would be invited to jump and move around the matrimonial bed with the hope of blessing the couple with plenty of off-springs. 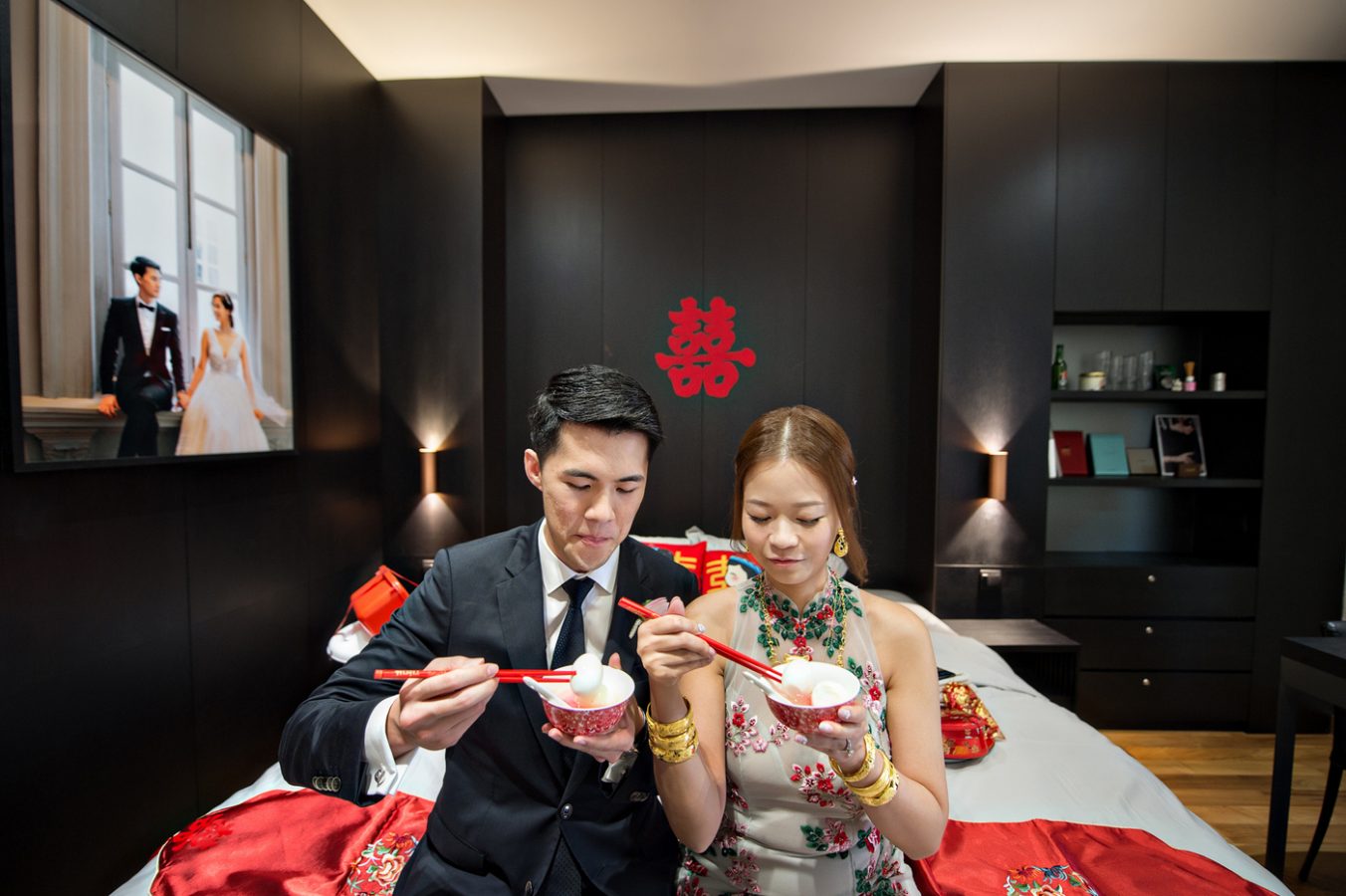 Based on the Chinese belief that a person only turns into an “adult” after marriage, the Hair combing ritual, performed during the eve of their wedding day, signifies the couple’s transition into adulthood.

After the ritual, the bride and groom would proceed to eat glutinous rice balls (汤圆), which blesses the couple with an everlasting and lifelong marriage.

One compulsory task would be for the groom to consume foods with four distinct flavours, namely bitter, spicy, sweet and sour. Finishing all the foods would signify a smooth-sailing marriage for the couple.

After the “gatecrash”, the groom is expected to present a red packet to the bridesmaids to compensate them for their troubles in carrying out the ritual. He would then finally be able to go to his bride to present her with the bridal bouquet, lift her veil to kiss her before leaving for the groom’s home together. 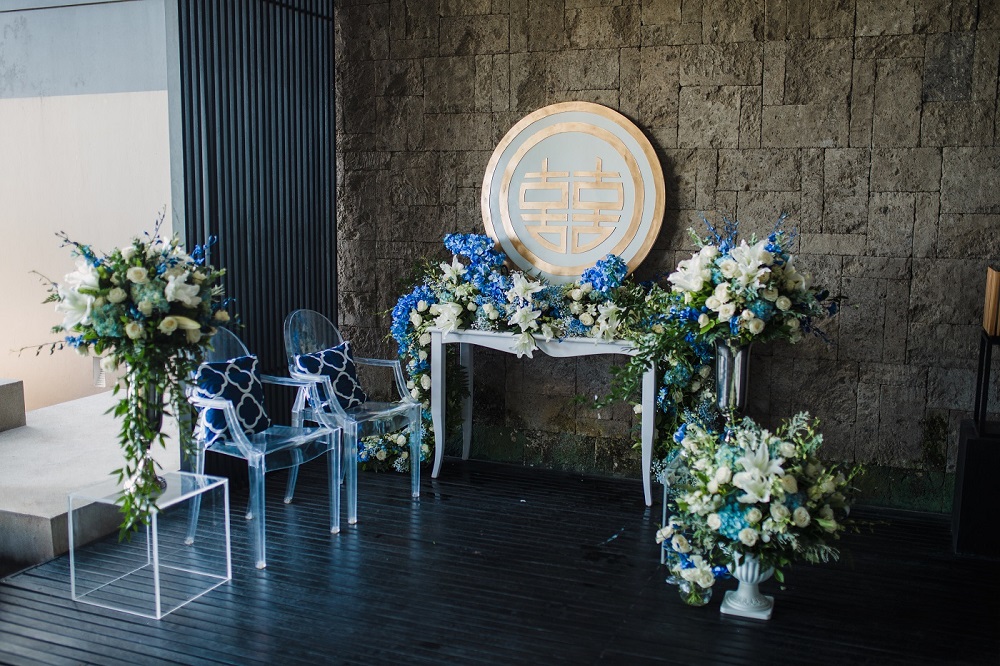 One of the mandatory ceremonies to be included in your wedding is none other than the Tea Ceremony, where it is carried out to introduce the couple to their respective families, as well as for them to be accepted into the families.

Starting from the groom’s home and followed by the bride’s, the couple would pay respects to their families by addressing them with their formal titles before serving them with tea. Family members would then acknowledge their entrance into the family along with offering them with words of blessing for their marriage.

Tea used during the ceremony would be brewed using tea leaves, red dates as well as longans. The use of longans and red dates serve as a symbolization of childbirth during the early stages of the couple’s marriage, whereas the sweetness of the tea symbolises sweet relations between the couple and their families.

Keen to find out about our services? Fill out the form below and we’ll be in touch!